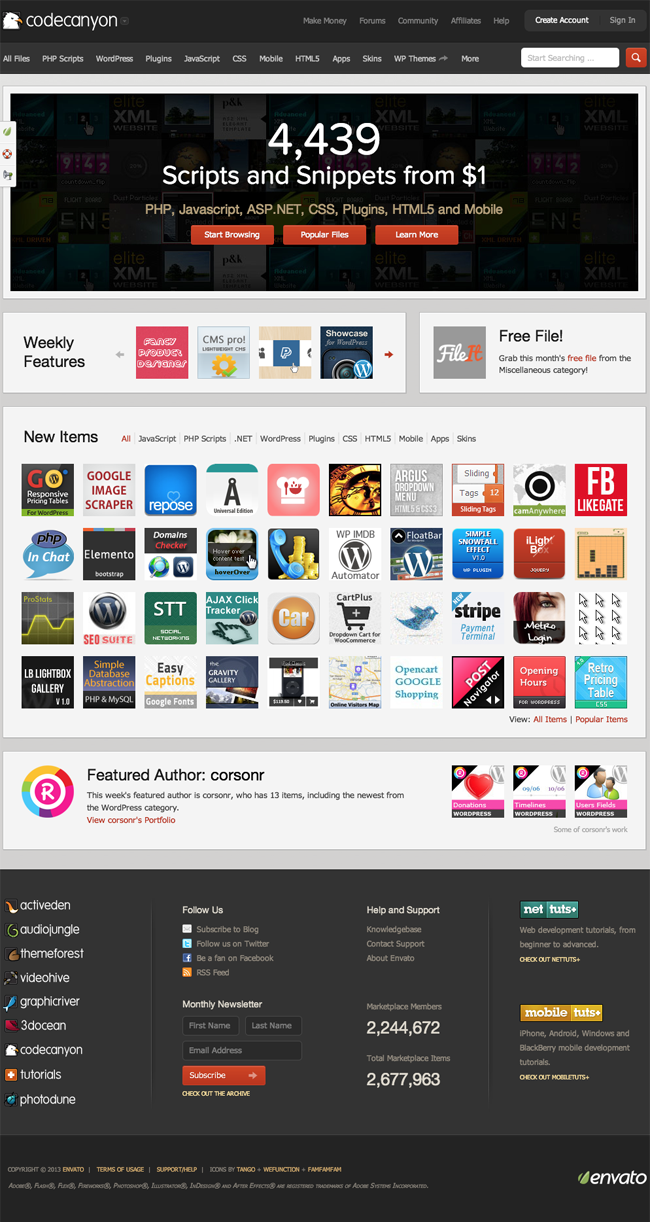 2013 is starting really well: i’m the Codecanyon weekly featured author! What does that mean? Well, i’ve been chosen among more than 1700 authors to be represented on the first page of the website for an entire week. Basically, it’s a huge promotion for me and my items. According to Scott Wills, an Envato staff member :

Wow! That’s really awesome. I don’t know how many authors been featured, but making part of them is an honor. It’s also a proof that my work is good and appreciated by the marketplace staff. People i’ve been working with in 2012

For this new year i’m planning to more items, and better code. I’d like to do more in the Easy Digital Download project, but i also would like to create more WordPress themes. Something that i also really want to do is to create some plugins for WooCommerce, it’s a great plugin i want to work with. And finally i’ll be trying to do more BBpress related project (i already did some plugins and even a patch included in the latest version).

I was about to forgot the latest point about being the first Codecanyon weekly feature author: i won a new badge ! Yeah!

Remi Hey! My name is Rémi Corson, I'm a French WordPress Developer, I code stuff and I write from time to time ;-) Follow
Followed by ±3K people Buy a coffee
Show your support

Tuto: Publish a WordPress plugin with Coda 2 Last week, we saw how to create a really simple WordPress plugin allowing GitHub Gist insertion into shortcodes. So today...
Easy Admin Notification This plugin helps admins to easily create admin notification inside the WordPress administration. You can choose many options and decide how...
Interview of Codecanyon’s best seller Today i have the pleasure to post a little interview of Guillaume Marty, the Codecanyon’s best seller. Maybe you don’t...
How to Create a Widget Plugin for WordPress – Part 2 I just finished the second part of my tutorial called “How to Create a Widget Plugin for WordPress” that i...